A month in with Apple's most personal product yet and four reasons why I love my Apple Watch. 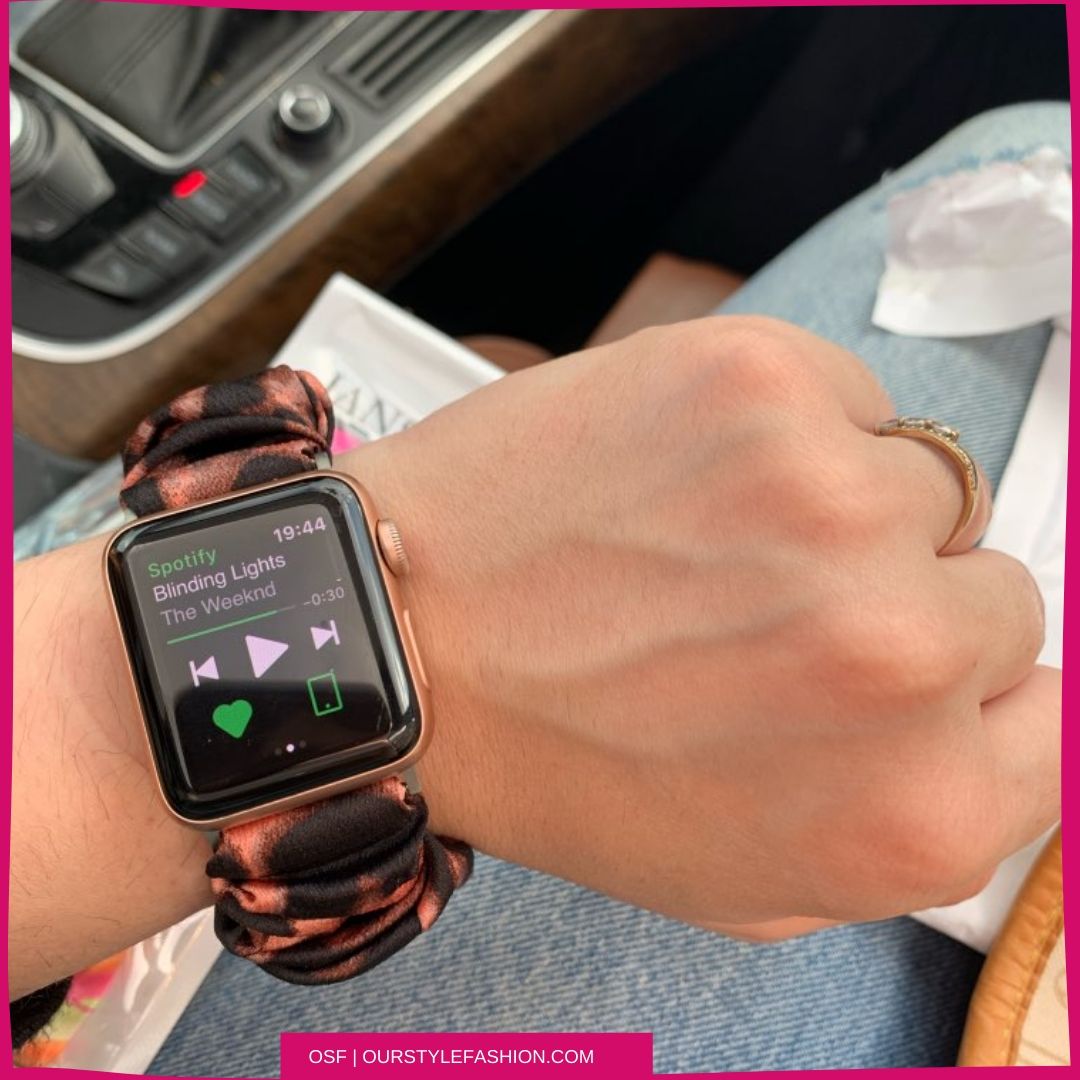 The most frequent question we’re asked by customers is “Does it work like the iPhone?”. When you imagine notifications on the Apple Watch, it’s easy to presume it’s all about texts and emails, but since owning one, I’ve realized it’s much more than that.

Like a lot of people these days, I’m always grabbing my phone out of my pocket whenever it buzzes or rings. checking apps for things like Twitter replies, texts, emails and Instagram likes. With Apple Watch, you simply raise your wrist. If you have a little red dot showing above on your watch face, it means you have a notification. A simple swipe down from the top of the display brings up your iPhone-esque notification centre, where you can scroll through any alerts that have collected since you last checked in. 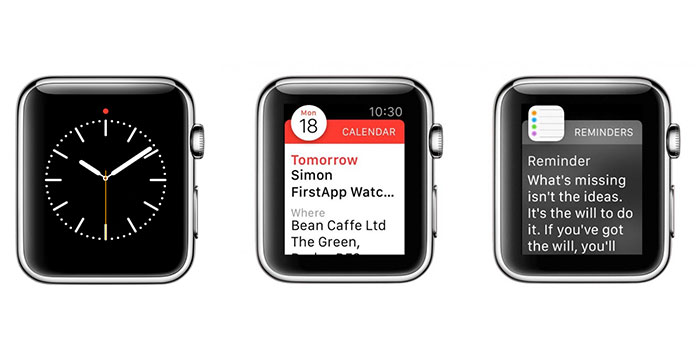 What this means day-to-day, is there’s almost no reason to be pulling your phone out from your pocket as often. Most of your lesser notifications (for example, Instagram likes) will give you a gentle tap on the wrist, then if you want, more important notifications like texts and emails can give a stronger tap and a ping. Raising your wrist will show you a quick preview. If it’s not important, just lower your arm and get on with your day; if it needs a quick response, you can pick from a suggested list of replies, or dictate to Siri. This brings me to my next favorite feature...

Since launching with the iPhone 4S, Apple’s voice assistant, Siri, has made it on to almost every current Apple device. My mileage has varied on other devices. Typically if I’m using my phone, it was as easier to use Spotlight, or do a Google search or just type my input in the normal way than to try dictating something to Siri. Also, as full of tech as the world is these days, it’s still a bit embarrassing having Siri blast out the Knicks scores when you’re walking around the city!

With Apple Watch, there are two reasons why I find Siri incredibly useful and I’ve actually used it a lot more than I thought I would. Firstly, it’s silent. Any responses from Siri, and anything you dictate to it appears on screen. Without that potentially awkward or embarrassing audio feedback, being able to discreetly talk to Siri on the watch makes me use it a lot more.

The second benefit is it’s normally quicker and easier to dictate a message or set a reminder on my watch than it was previously to grab my phone from my pocket. Siri on the Watch, in particular, is very accurate at understanding what I say, even with my latin (and non-American) accent. Once you get used to dictating the punctuation, the person on the other end would never know the difference and it’s often faster and more convenient than getting your phone out and typing a reply. 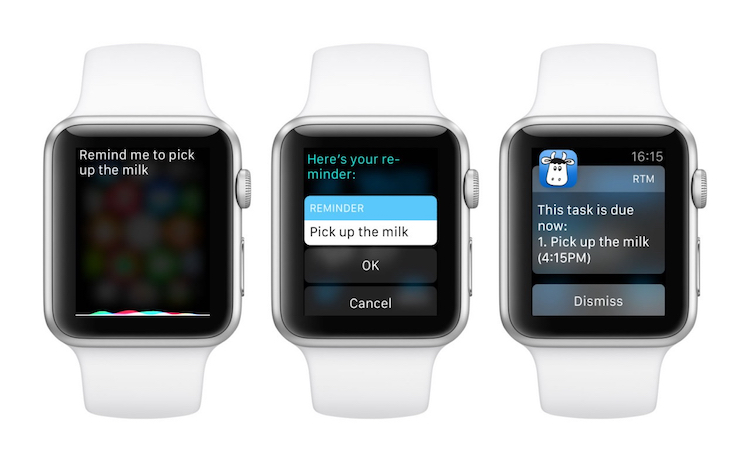 I was an early adopter of fitness trackers. I tried Fitbit, Jawbone and the Nike FuelBand and, despite their different focuses like fitness, lifestyle or sleep tracking. The one thing they all managed to achieve is exactly what you want from your fitness tracker; they made me more active!

The problem is the one thing they all managed to be incredibly poor at, is exactly what you’d want on your wrist; a good watch!

With the other fitness trackers I’ve worn, I’ve always ended up wearing my normal watch alongside it. The problem is, if you have to press a button or cycle through functions, it just isn’t a good watch. At worst, I had to cycle through five different functions just to see the time. Inevitably this meant I ended up wearing my normal watch alongside my fitness tracker.

I can’t understate the difference wearing a fitness tracker makes to keeping active every day. I don’t know if it’s accountability, being able to quantify how active I’ve been every day, or the “gamification” of daily activity but, wearing a fitness tracker makes me more likely to do the small things that make a big difference; from taking the stairs to going for a quick run. Seeing the activity rings slowly filling up is often all the motivation I need to get out and do that little bit more. 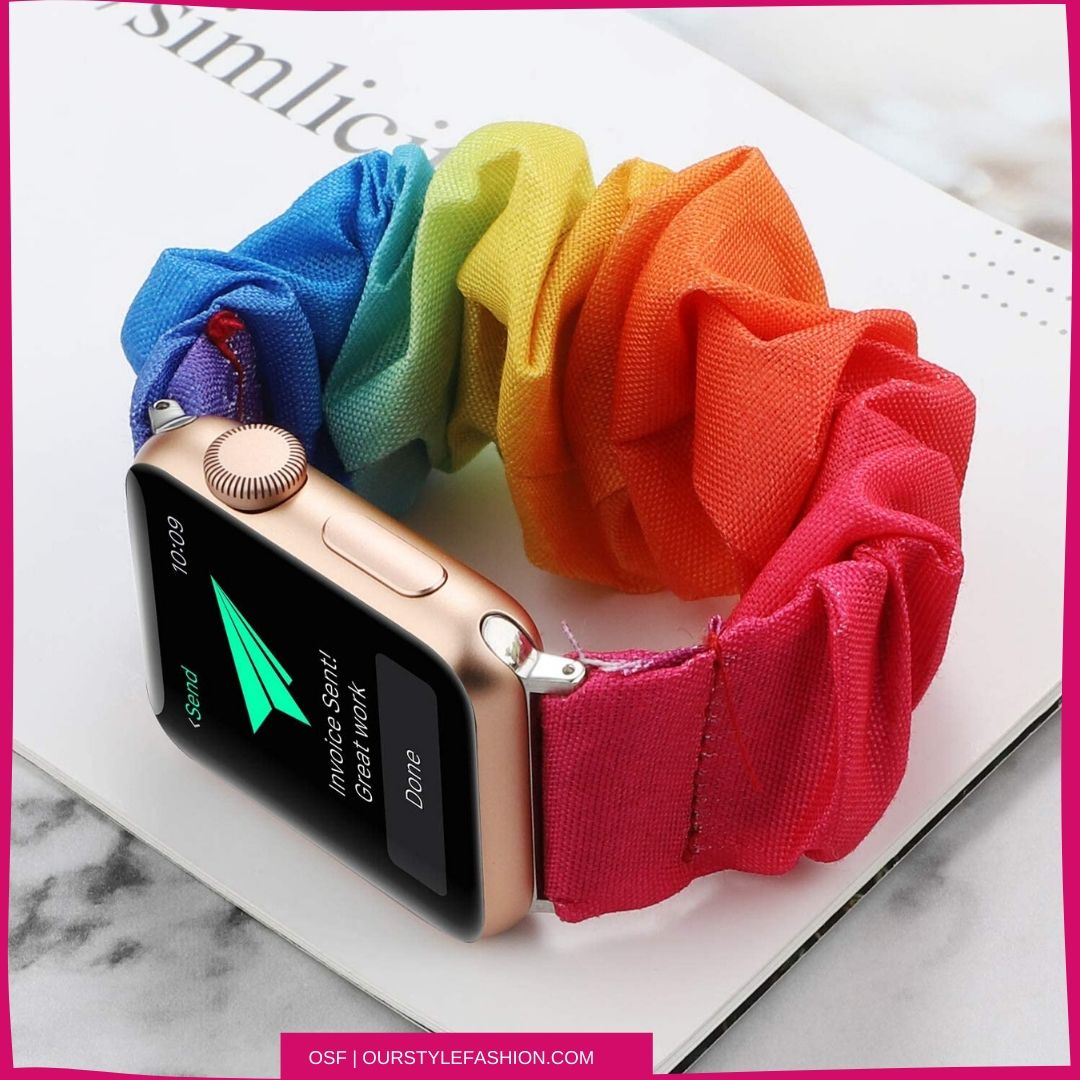 Apple Watch is great at being both a watch and a top-level fitness tracker. A lot of our customers seem surprised that the screen doesn’t stay on all the time. In fact, it’s triggered by raising your wrist. Which, when you think about it, makes perfect sense; You only see the time and your notifications when you want to look at them. Handy for privacy, but even better for battery life as it isn’t wasting energy whilst you’re not looking at it.

The other reason it makes a better timepiece than other wearable gadgets is how easy it is to swap out the band. Day-to-day, I find the Sport Band looks tidy but also allows me to go straight out for a cycle or run without taking off my watch (one less reason to skip that workout). The quick-release mechanism Apple has designed, keeps it locked in place securely, but with the press of a button you can swap out the band for any other. It never fails to amaze our friends how easy it is to swap the band out!
With a growing range of fashion focussed watch straps and bands, you can perfectly accessorize your look and individual style with the right band.

Apple has done something remarkable in releasing their most personal product to date.
The Apple Watch fits into your lifestyle and the look, feel and fit can also all be personal to you.

The full range of Apple Watches S5 is available HERE

← Back to NY Fashion's blog